Christian played his first six years of minor hockey in Athabasca. He switched to goalie at the age of nine. Since moving to Spruce Grove, Christian has played with the Peewee AA Timberwolves and has completed his second season with the U15AAA PAC Saints. Christian has been a goalie mentor in the associations he's played for. He was able to help out at the Fleming Hockey Skills Camp last year and his looking forward to taking on a bigger role at the camp this year! Christian looks forward to hanging out with all of you!!

Please don’t hesitate to contact us if you have any questions or comments.

Melissa is our part time off ice coach. She grew up participating in many different sports and activities. Her passion for activity and understanding human movement led her to complete a Bachelor of Science in Kinesiology from the U of A. Here she worked with the Golden Bears Football team in the off season as a strength and conditioning coach. She also worked as a personal trainer and group exercise instructor for 5 years. Melissa has coached youth volleyball, soccer and worked in summer camps and childcare while completing her Bachelor of Education - Physical Education Designation. Melissa is currently on maternity leave from teaching, making the most of her time with her husband, new daughter and 2 dogs.

I started playing hockey when I was around 3 years old. I grew up playing boys hockey in my hometown of Smoky Lake but made the switch to girls for my first year of U15. I played my last two seasons with the Sherwood Park Kings Athletic Club, playing on their U15 AA female team. This past season I was named captain of my team! My favourite thing about playing hockey is meeting new people and bus trips! I am looking forward to teaching and earning new skills while giving back to the sport that has taught me so much! Natalie is joining us as the Eagles counselor.

Ethan has played hockey since he was 6 and goalie since he was 8.  Ethan attended the camp for 8 years and this is his 3rd year working the camp.  Ethan excited to work with the kids on their hockey skills. Ethan is joining us as the Bombers counselor.

Hello I am Steph, I am excited to get to know you and your families this week and help out with any and everything you need to make your camp experience great.
I am currently Weston’s mom and I am sure you will be seeing him running up and down the halls this week. I am 16 weeks pregnant with our second. I recently just finished my Masters in Educational Leadership and am currently a stay at home mom, wife, dog mom and sheep farmer. Please come say hi and enjoy the camp.

Our coaches are not only experienced, but continually demonstrate the patience necessary to work with and develop players of all skill levels. Their goal is to ensure that each player gets the most from their individual experiences, whether that means learning new skills or just having a good time. Let’s take a moment to meet our coaches. 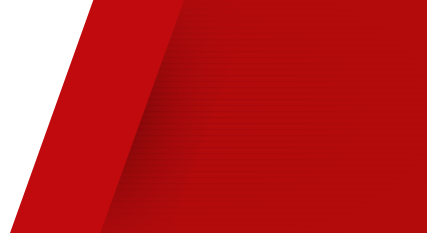 Erin has been involved in hockey for over 35 years, as a player, coach, mentor, referee, evaluator, board member and hockey mom. Erin played minor hockey in Coronation and Byemoor. She has been part of two teams that won National Championships, Team Alberta at the 1991 Canada Winter Games and the Edmonton Chimos in 1997. Erin has been apart of Hockey Alberta's program of Excellence for many years and was selected to coach at the Alberta Winter games on three separate occasions. Come join Erin at the camp this summer!!

Briana's grandpa, Coach Jim, calls this young lady "the little general", as Briana is known for her organizational skills and for keeping everything running on time. Briana is in charge of the female dressing room and she also helps out the the day to day off ice organization of the camp. This is Briana's third year working at the camp and she considers it an honour to contribute to the family business!

​ Dryden has helped coach both power skating and pond hockey within Smoky Lake and has most recently been playing intramural hockey at the university of Alberta. Dryden is joining us as the Cougar counselor and on ice assistant. 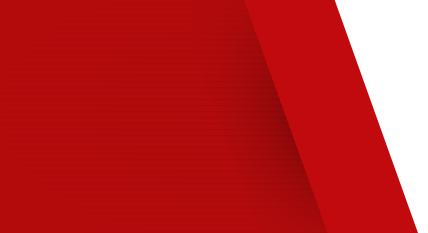 ​Ryan played Competitive hockey all through his teen years and still play for fun and exercise. He has coached for the last 10 years from Discovery to Adults from AAA to Tier 5. He currently is the development coach for U13 AA in Edmonton, as well as a certified PEP instructor. This is his 4th year with Fleming Hockey Skills camp as an instructor and attended many of these when he was a young lad. Ryan looks forward to seeing everyone at the camp this year along with his own kids!

Larry is a Hockey Development Coordinator and Mentor with the Edmonton Female Hockey Club. Larry has coached so many teams I can not fit them all in this space. He has coached The Concordia University Thunder, The Grant McEwan Griffins Womens Hockey Team,  and The Edmonton Chimos. Larry has been involved with Mentorship, Instructing, Hockey Alberta , NCCP, Hockey Camps, School programs, and Hockey Development. Larry has many special accomplishments, awards, recognitions and designations. Wow!!!

Devon has been helping coach Kevin with his power-skating lessons while also helping to coach a number of teams in Smoky Lake.  Devon or “Devo” was the captain of the Smoky Lake U18 Midgets. Devon has made multiple provincial appearances and done well in all of them. He also played sometime in St.Paul, Lac La Biche and this year in Vegreville.

​Colleen brings a unique skill set to the camp in that her background is in figure skating. She was a competitive figure skater for several years and won medals at various competitions throughout Alberta. Colleen applies her expertise in helping athletes break down their stride and work on basic edges and turns. Every athlete at the camp will get one on one time with Colleen as she videotapes each participant and provides feedback on their technique.

Kevin has been teaching power skating and coaching hockey for over 30 years! A PE teacher from Smoky Lake, "Coach" has coached many sports, but hockey remains his passion. Kevin has been skating on the back yard rink since he was 2, and is still looking forward to playing "Hogs Hockey" again this year, after last years shortened season.

​J has been playing hockey since she was three years old! J played co-ed hockey until she was 13 then switched to an all girls team in Leduc. In both her bantam years with Leduc her team received silver medals at provincials. She is now playing with the midget AAA Edmonton Pandas. J commited to the UBC Thunderbirds  for the upcoming season!

Jim  is instructing power skating for 3  weeks for U of A ringette schools  this summer.  He also teaches powerskating for youth and adults for 20 weeks in the winter.